We were contacted by the owners of the Fagan Stone Building on West Dodds to quote the renovation of their newly acquired space. The building, originally built in 1950, was the headquarters and administrative offices of the Fagan Stone company.  Throughout its life, it had also served as a public health office and has now been transformed into the Bloomington Center for Connection.

At the beginning of the project, there were several offices that created a labyrinth of hallways and interconnected spaces. To simplify the space our clients worked with Tabor Bruce Architecture and we implemented the design changes. The building’s structure is unique in that it is actually a metal framed, metal-sided building covered with 4” limestone veneer. The entrances are covered with large vertical limestone pieces and a cap that spans the top. One of these had started to detach from the building, pulling the sides of the veneered walls from the metal substructure.

Our masons were able to take the existing failing limestone down, rebuild the concrete base they sat on and put the pieces back in place. In this process we also accessed the attic space, drilled through the walls and bolted the veneer back to the wall, pulling it all plumb to the facade.

On the interior, we added steel supports to carry part of the roof load where there were load-bearing walls that needed to be replaced. The end result is a simplified design that is now used for meeting space, dance and yoga classes.

This project was another great example of our work in the McDoel Gardens neighborhood and our contribution to restoring the beauty and functionality of a somewhat neglected commercial space. 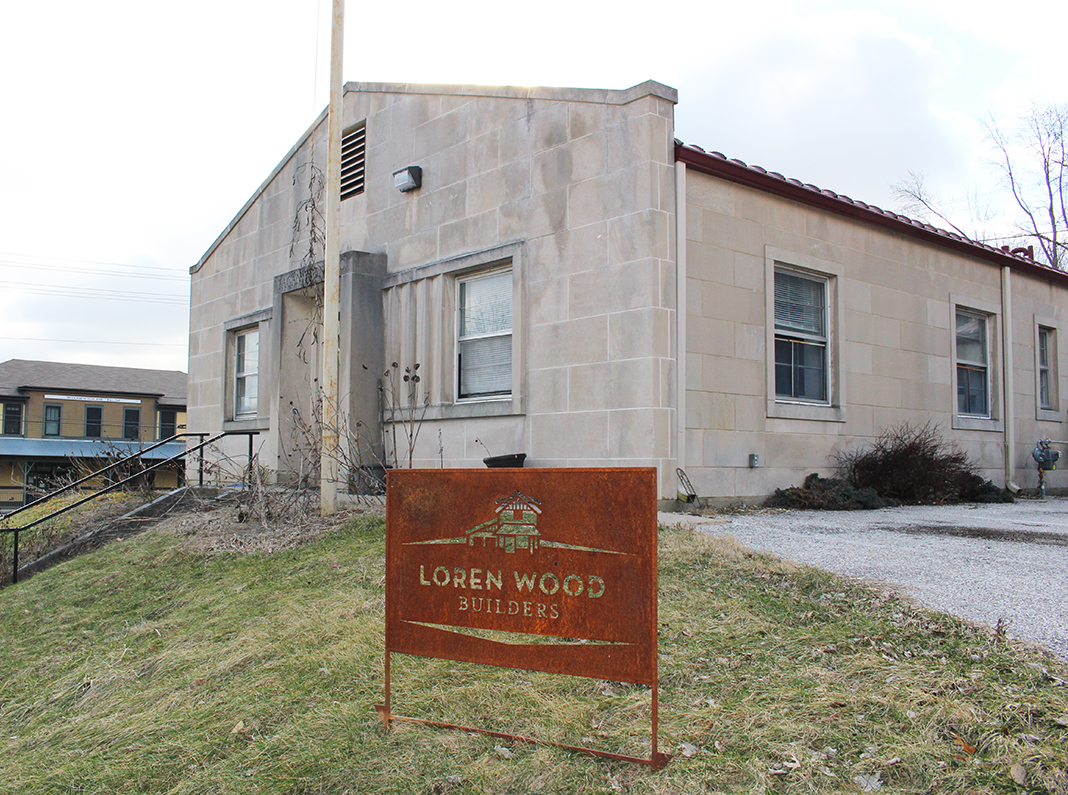 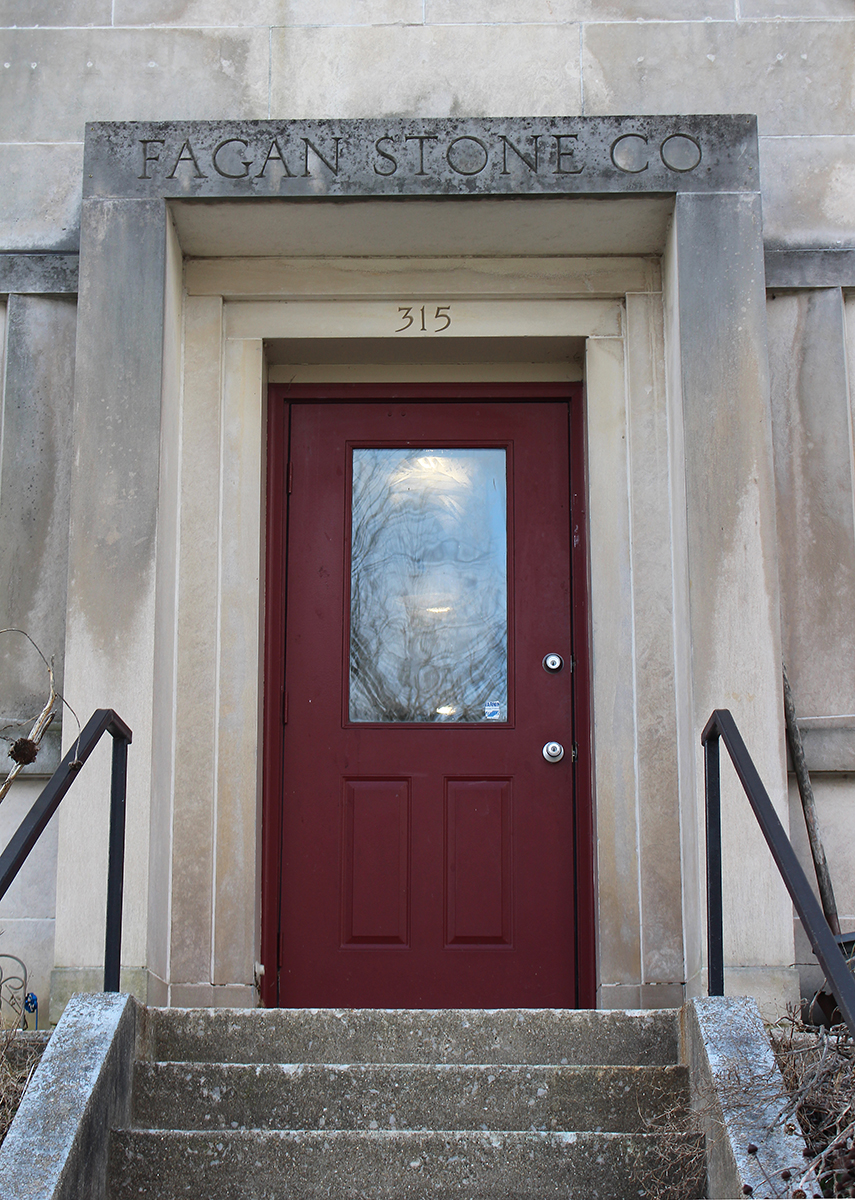 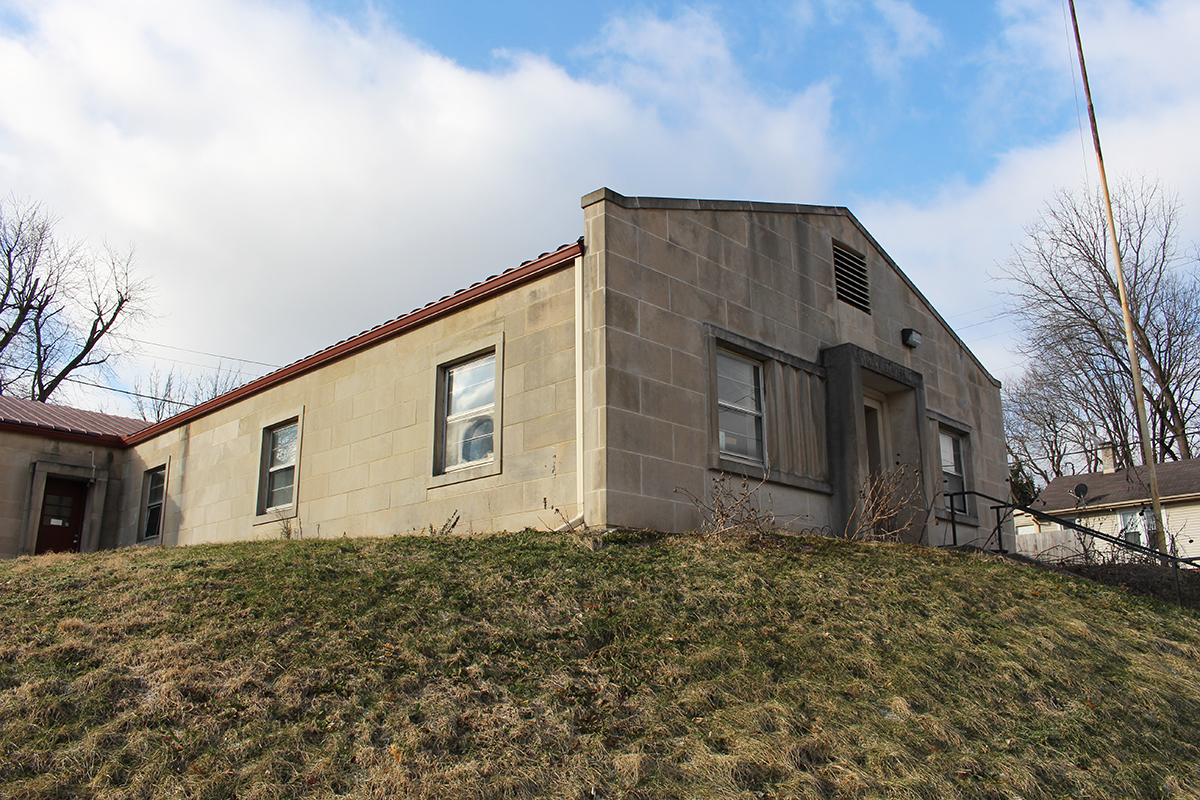 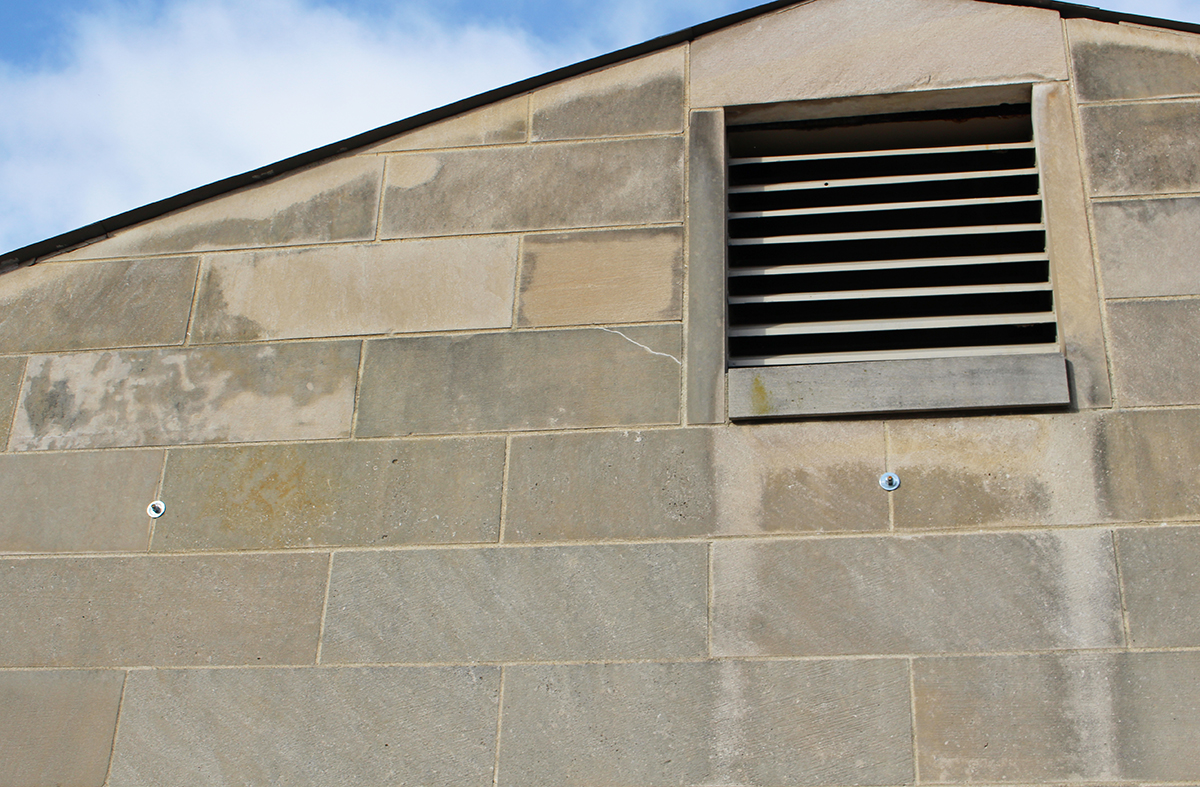 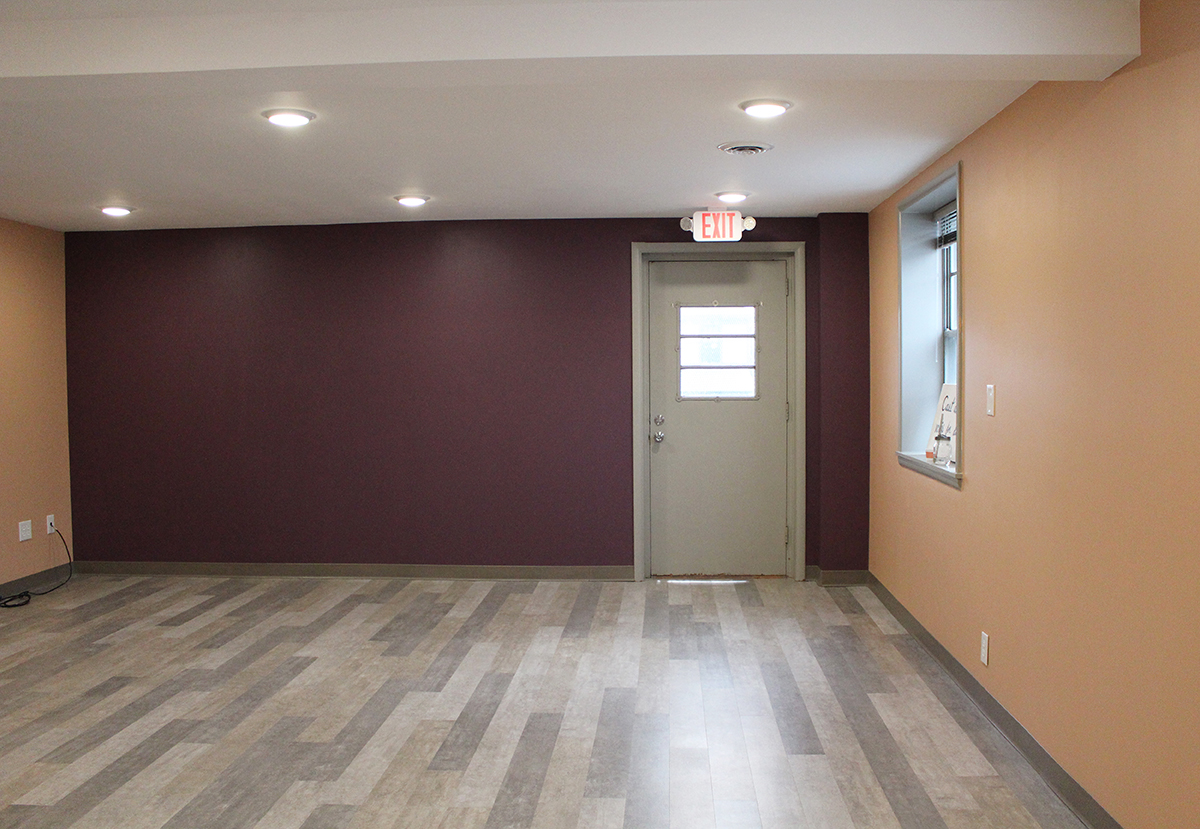 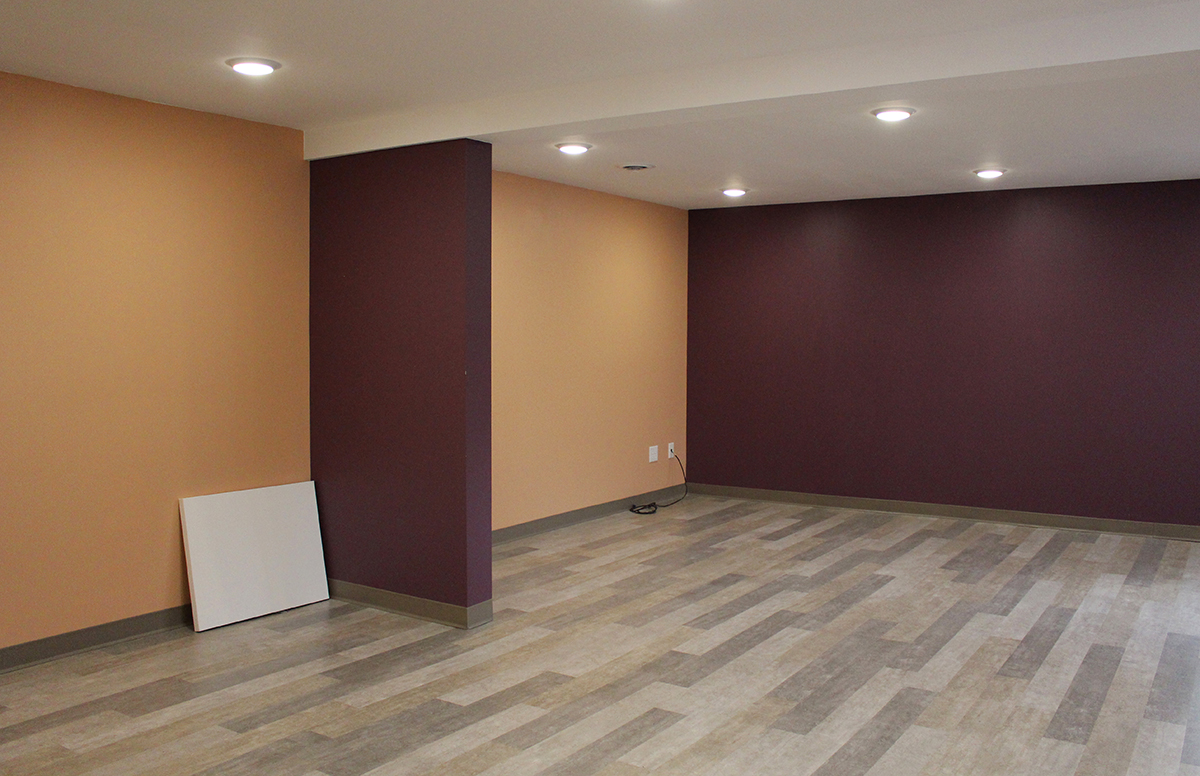 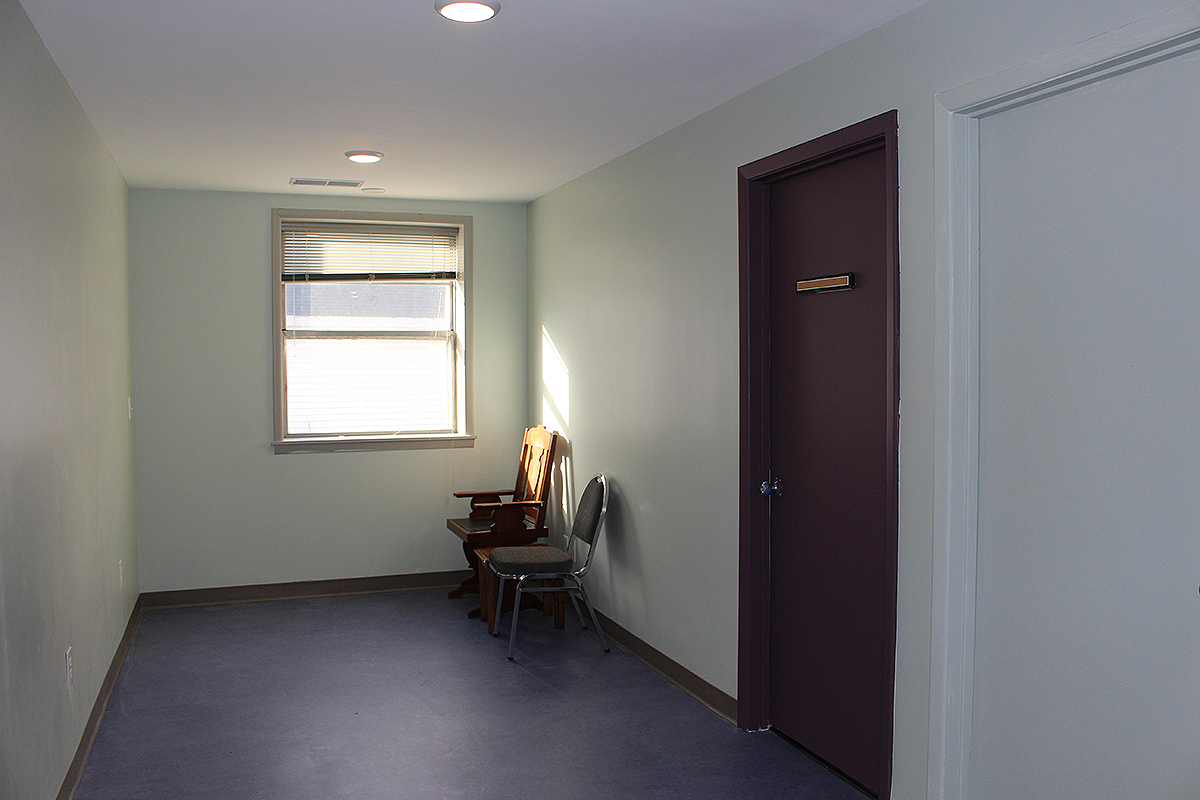 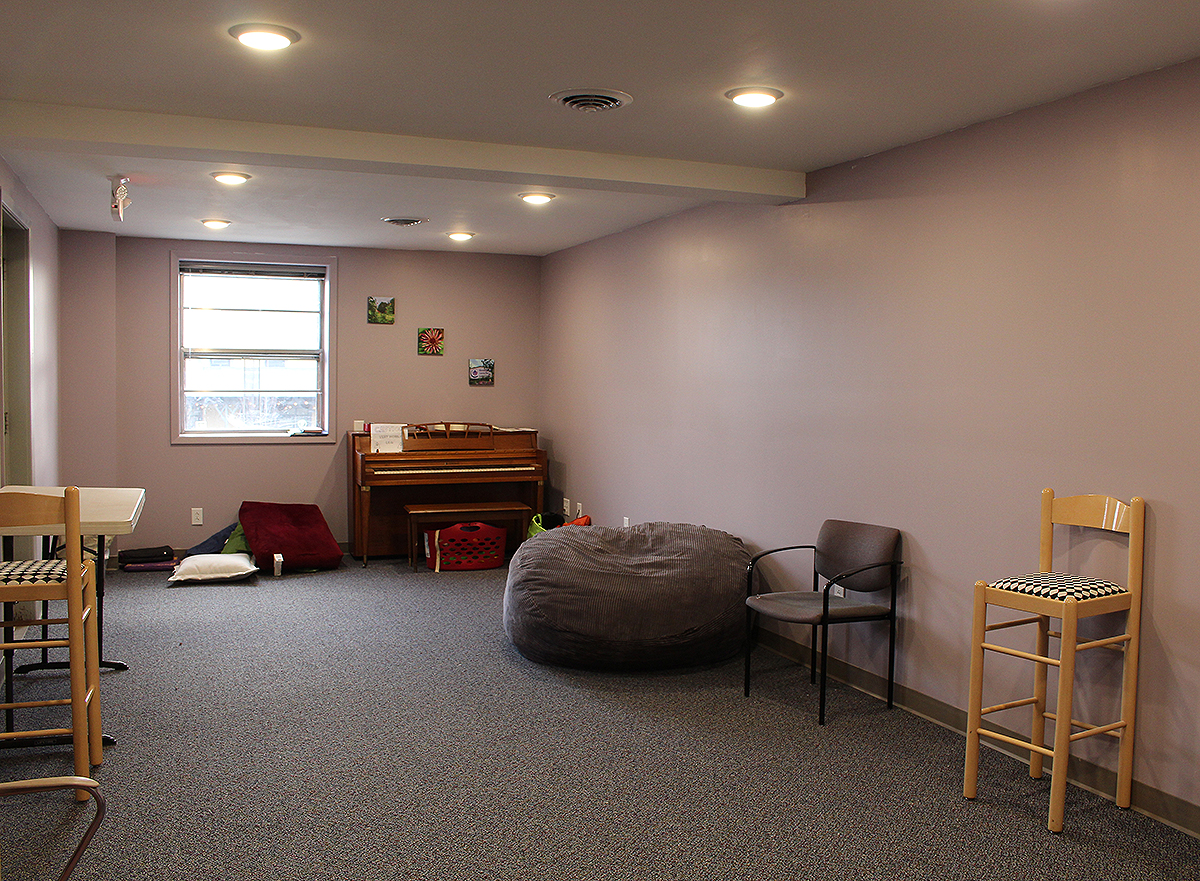