We had an opportunity to do a really special project recently. We were asked to decommission a built-in greenhouse for a previous client because it was dilapidated and becoming unstable and potentially dangerous. We have done several renovations in this home over the last two years and it has become quite special to us. It was built by our client’s father in the 1970s, largely out of reclaimed and recycled materials that he had salvaged from his own construction jobs at the time. He passed away a few years ago and his daughter and her husband and kids now own the home.

This greenhouse had a story of its own, for, at the time that our client’s father built it onto their home, it was already quite old. He had salvaged the greenhouse system from a commercial operation in Terre Haute that was closing its greenhouses and giving them away to anyone who wanted to help deconstruct them.

So, these greenhouse frames had been a part of the home since the ’70s but had been in use for much longer than that. The greenhouse consisted of fairly slight stylized redwood purlins/rafters, and leaded glass shingles.

While most of the redwood was rotted and decayed beyond use, some of it still had some life left in it and some of the glass shingles were in slightly better shape than others. After taking the rafters and glass down and bringing them back to the shop, our lead carpenter on the job, Jacob Hyer, suggested that maybe we could use some of the better-preserved pieces to make a gift for these clients as a keepsake from the greenhouse.

As remodelers hired by his daughter, we have been entrusted with a huge responsibility of care, not just for a house, but for the family heirloom in which they live. Jacob wanted to honor that trust, not just with a gift, but by carrying on the tradition of the home and repurposing these already-reclaimed pieces of our clients’ heritage into something that would live on for our clients. Jacob suggested making pictures frames out of the materials, which turned out to be the perfect thing. The rafters were just the right size on the cross-section for this, and the glass shingles were also nicely sized for a standard picture frame.

Jacob, along with a little help from others on our trim crew, worked with a few different levels of sanding, rehabbing, and finishing and arrived at two different options that we liked. We couldn’t decide which our clients would prefer, so we went ahead and made a few of both.

While Jacob and the crew were working on these frames, I reached out to our client’s mother, for whom we have also done some work, and asked if she had any old pictures of our client’s father and of the home under construction. In fact, she did and they were really wonderful. She was kind enough to allow us to pick from these and use them to layout in these picture frames.

Finally, we took the newly built and refinished frames to Frame Makers downtown, who did a beautiful job cleaning up the glass and framing and matting the photos.

We were so excited for the opportunity to contribute to the special history of this home and carry on the work of our client’s father. 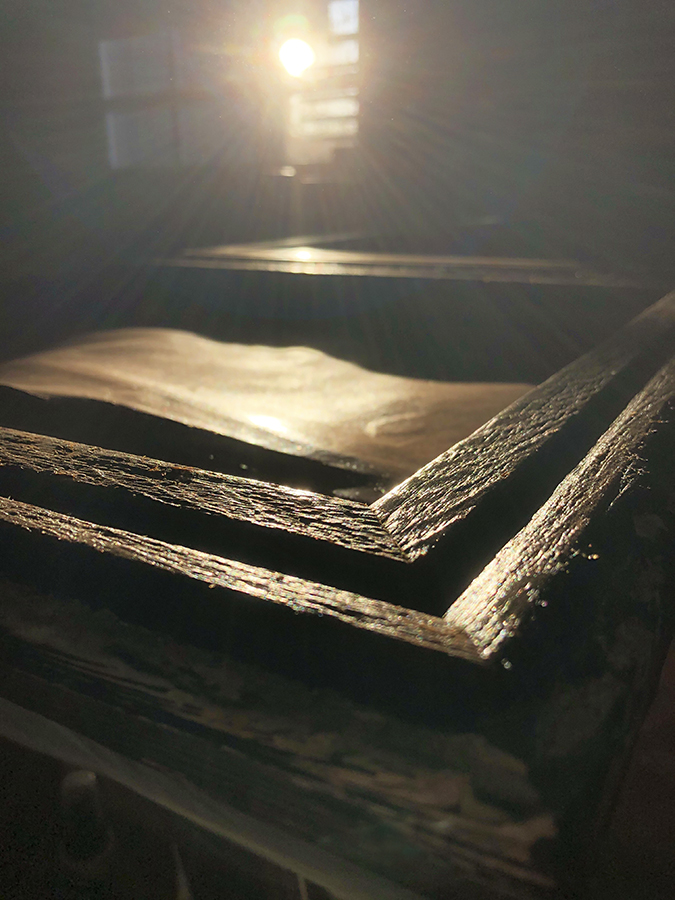 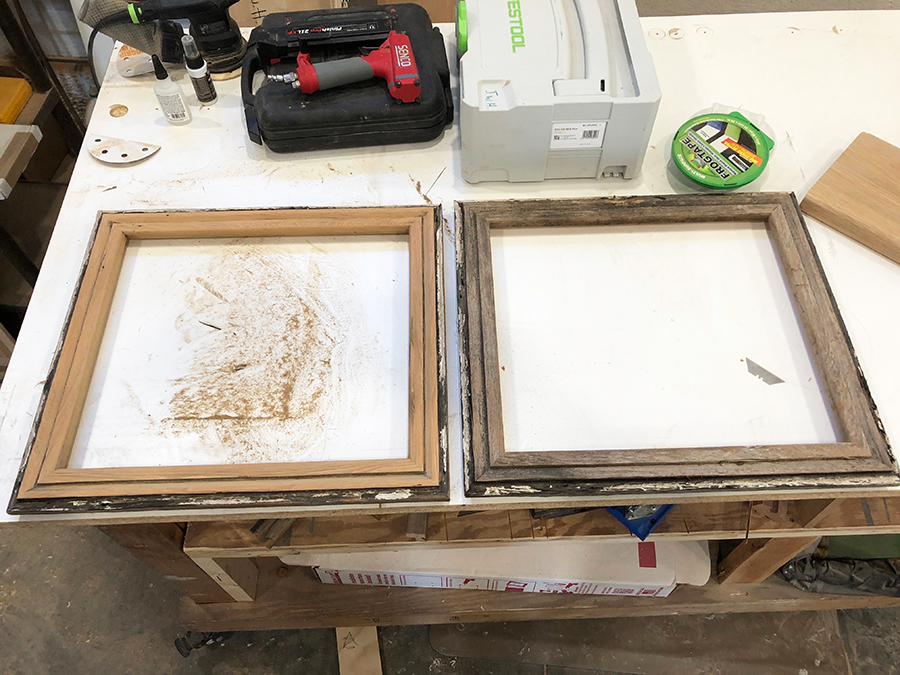 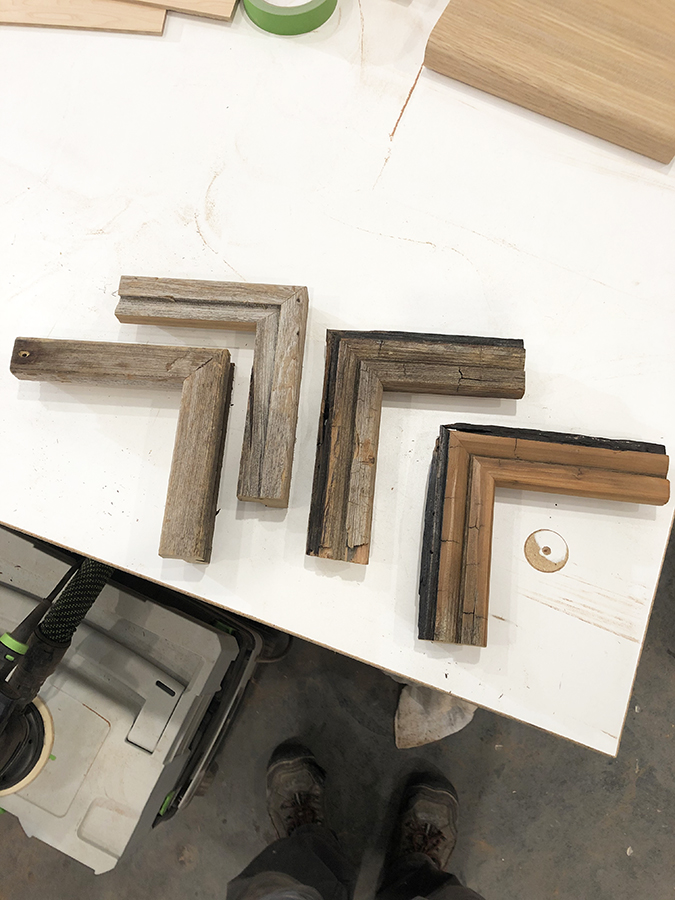 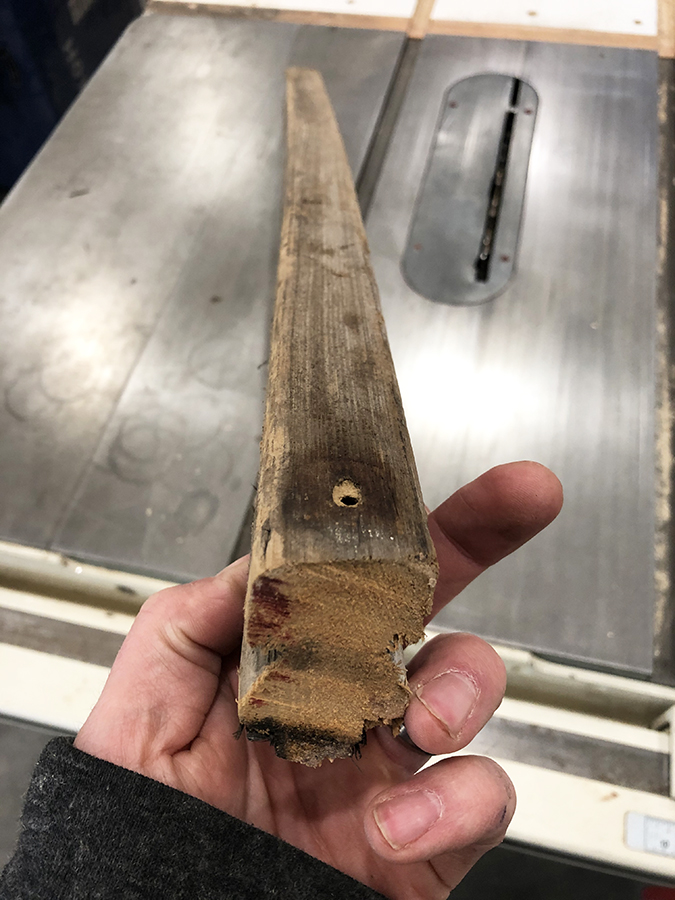 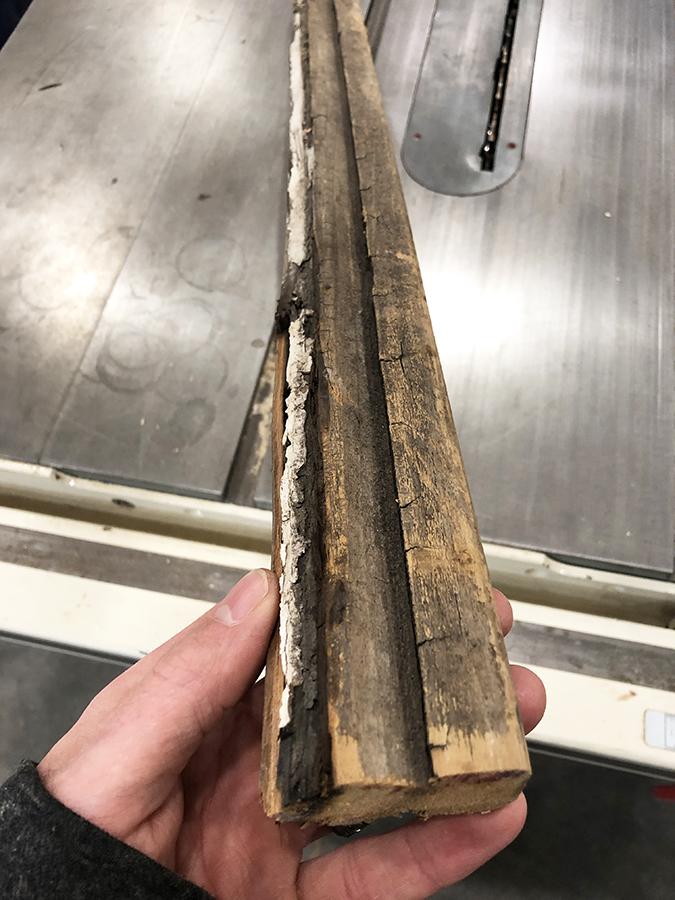 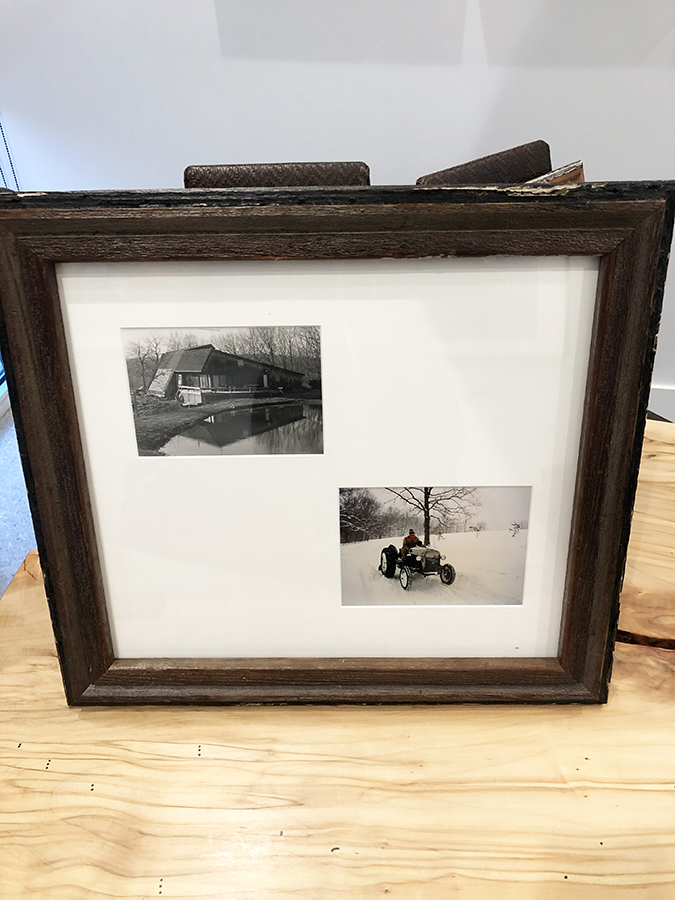 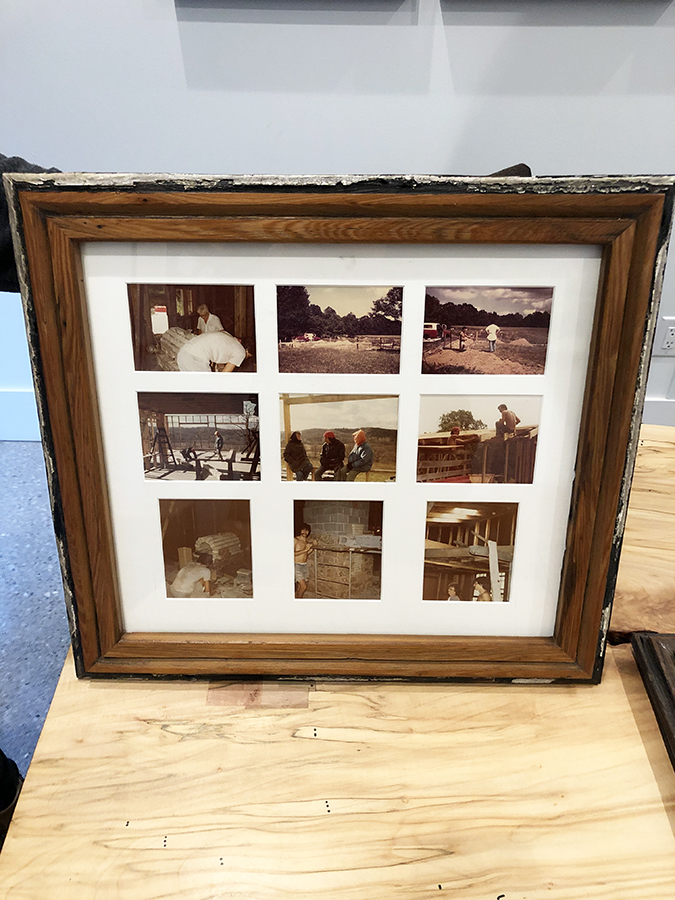